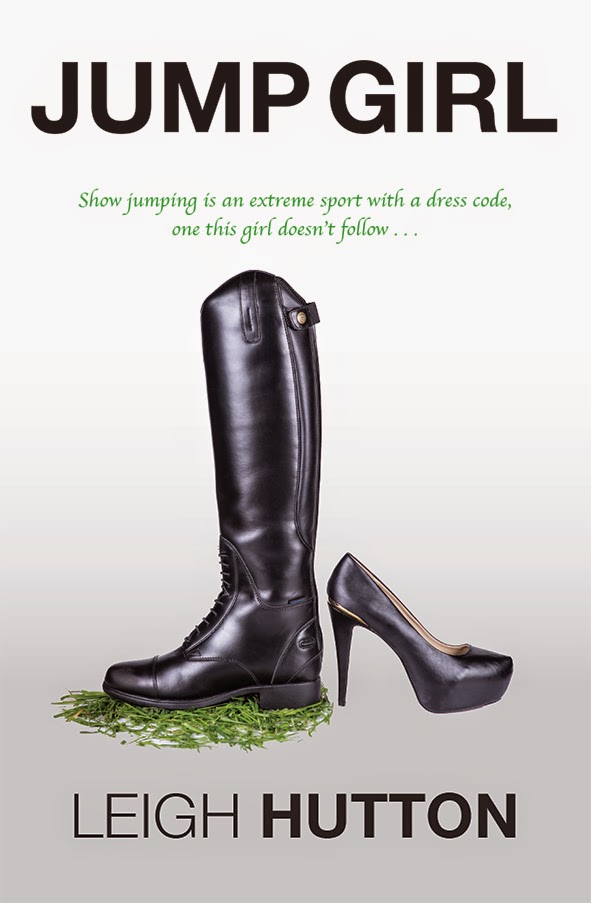 Show jumping is an extreme sport with a dress code, one this girl doesn’t follow… Imagine being dumped by your mother as a newborn and shifted between foster homes your entire childhood. Imagine being taken in and offered hope for your future by a kind, loving show jumping socialite. Imagine falling in love with some of the most gorgeous horses in the world, and making a life in the thrilling and glamorous sport of international show jumping.
Now imagine it all being taken away.  Ebony Scott Harris is painfully close to making her dreams a reality when the only mother she has ever known mysteriously dies. She’s forced from their home to live with the gold-digging aunt, who takes her in only to ride the prized show jumpers she claims are now hers.
Teetering on the edge of a hopeless depression, Ebony is saved by the discovery of a forgotten horse nearly starved to death, and an unlikely partnership with a handsome stranger, whom she must learn to trust if she is to uncover the truth about her mother’s death and reclaim her home.
But with the evil aunt selling her best and beloved horse, a maniacal ex-coach out for revenge and more savage competitors than she can count, Ebony has a lot more at stake than proving the truth, saving her horses and jumping for gold at the World Equestrian Games…
The highly anticipated second book in The Go Girls Chronicles – stories of gutsy girls in action sports, by Leigh Hutton.

“I am excited for the Jump Girl book because it will be something that riders can actually relate too. It’s nice that there is a book that reveals the excitement of the sport while showing there can still be problems and a lot of times things won’t go as planned!”
Shelby Edwards
Real Life Jump Girl
“Leigh has a talent for making the reader be captured in their imagination. I was able to imagine scenes, accents, and how people looked. It was different and refreshing.”
[review of Rev Girl]
Angel Reads
Book Blogger
“[Jump Girl] gives us a look into the fierce yet glamorous world that is Show Jumping, as well as; Love & Romance, Action & Adventure, Murder & Mystery, Redemption & Self Discovery, all woven together beautifully in this fast paced coming of age novel. I have been lucky enough to read Jump Girl before its release and let me say it is brilliant. Awesome job Leigh. It made me yearn to have a Monster or Gallant of my own. I immediately fell for Ebony. Her life felt so real and I was drawn into it heart first. I could not put the book down. I practically read it in one sitting… Five of five stars for Jump Girl.”
Sarah Fairbairn
Author and Goodreads Reviewer

Amazon CA
Also available on iBooks and Nook from Barnes and NoblePaperback available from The Book Depository The paperback edition will be available via Amazon, and check out Leigh’s Blog for more
information where to purchase Jump Girl.

A portion of every JUMP GIRL book sold goes to the Make-A-Wish Foundation to help grant the wishes of children with life-threatening medical conditions.

Leigh Hutton is a former News Ltd journalist and champion dirt bike racer and horse show jumper. She was born and raised in the foothills of the Rocky Mountains near Calgary, Alberta, Canada, and now lives with her husband and three young children in southeast Queensland, Australia. When she isn’t wrangling the kids, swilling coffee, or writing, she loves to read, watch good TV and movies, shop, hit the beach, ride her motorbike and daydream about gorgeous horses.